Give now and change lives

The people whose lives are improved or saved through community health and medical education and intervention are owed to your generosity and charitable contributions.

Donate Today
Behold, I will bring to it health and healing, and I will heal them and reveal to them abundance of prosperity and security.
Jeremiah 33:6

Our mission is to go to the far away, hard to reach areas, where others don’t go and show God’s love through acts of kindness, free medical services and holistic action to the least of these, those affected by extreme generational poverty. Our hope is to use medical care to open the door in communities which will help transform them with a “ripple effect,” growing a legacy of health, hope and faith throughout Latin America! 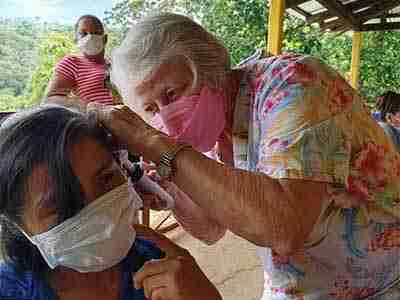 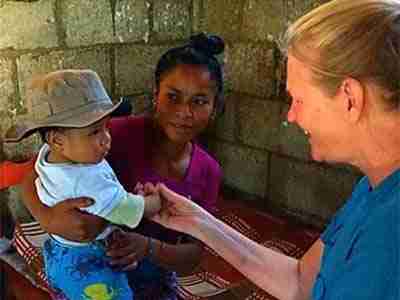 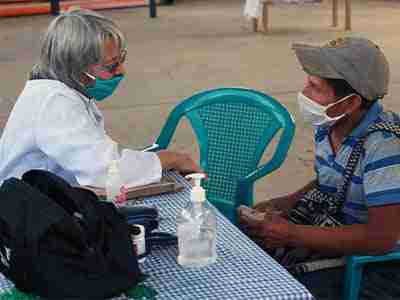 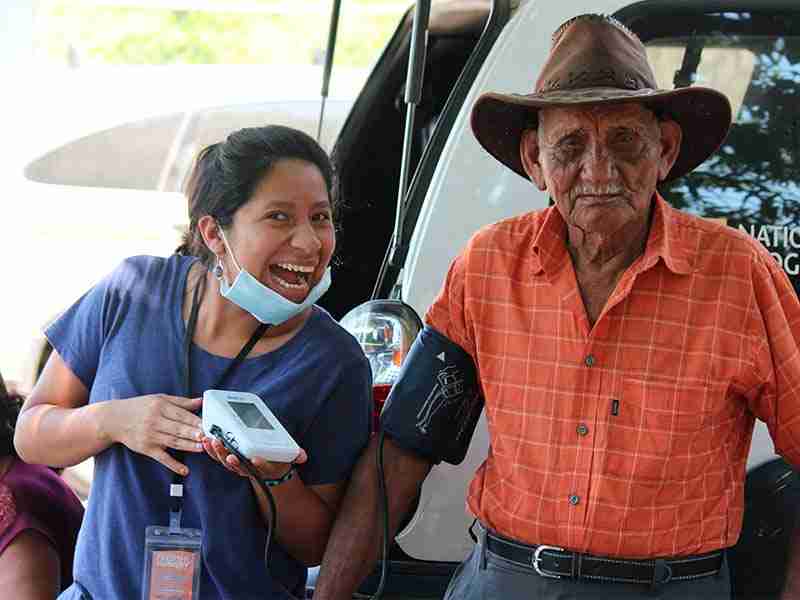 Affecting Change in Latin America in a Sustainable Way

Make a one-time donation to the medical team to help fund our stationary clinics, mobile clinics, sustainable community education, and treatment for patients in need.

Contributing to the medical team each month ensures the sustainability and vitality of efforts put forth to provide education, training, and treatment for communities in great need.

Join the team and donate your time and expertise. Help save lives in the field, clinic support, through research and innovation, warehouse efforts, or start a friend-raiser.

Partnerships with businesses & organizations are needed for capacity-building efforts and humanitarian aid. This leads to greater impact in medical education and treatment goals. 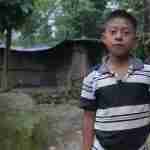 Fredy was brought into our clinic by his mom. She explained to us that he had been suffering from severe pain in his right lower back and waist area for the last two years. The pain was so severe that he hasn’t been able to do anything strenuous including playing football with his friends.

Charlene examined him and was very concerned. She told his mom that he needed to go to the hospital, that it might be a serious condition. The mom hung her head and said that she had no money to take him there, let alone, pay for the medicine or procedure. We comforted her and said we would take care of it.

After a taxi ride to the nearest town and some lab work, it was determined that he had an infection in his gut and after two weeks of a triple antibiotic cocktail, Freddy was cured! 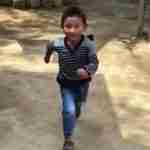 On the first day we opened the Colfax clinic, a mom came in and told us that her son had fallen off a two-story cliff the day before and thought his leg was broken. We quickly went to her house to see the boy. That is when we met Rafiel. He was pretty beat up. The witch doctor had already been by, did his juju and said it would be fine. We could tell he was definitely wrong.

Rafi’s parents allowed us to take him in to town for an x-ray, just to be sure, and our suspicions were correct. He had broken the bottom of his femur right in the growth plate. If this wasn’t fixed he would probably be crippled for life. We shared all we have found with his parents and they allowed us to take him to the hospital for a cast to be put on.

Eight grueling weeks and one birthday later, Rafi got his cast removed with a completely healed leg and it running around now like all six year old’s should. Praise the Lord! 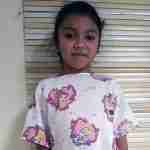 This was a true work of God. Our original mobile clinic day was postponed, and Helen wasn’t even part of the community. She was with her aunt buying something from the tienda and heard there was a free clinic near by. They quickly came to have Helen checked out.  She has a large growth on her arm that was painful. It seemed vascular so we needed to have it checked out.

After the clinic, we picked them up and took them for an ultrasound and confirmed it was going to need surgery.  The family was so thankful that we would care to take the time to find out what it was because all the clinics and hospitals they had visited before just said it was an infection and gave her amoxicillin which didn’t work.

Surgery was scheduled and performed. PTL, it was a cancer free tumor! Now Helen is healthy and living life pain and lump free thanks to all who gave to make it happen.

You can become part of the solution

There is a Place on our Medical Team for Everyone 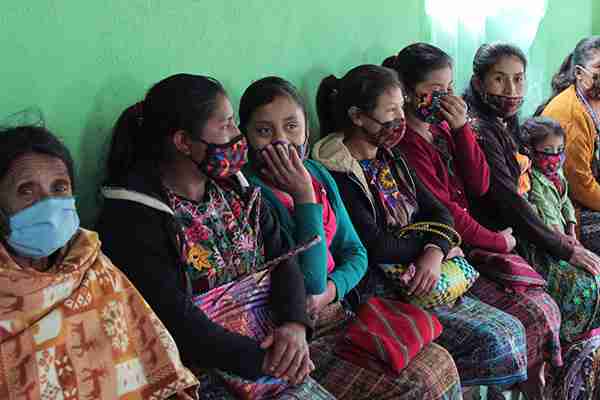 We need medical and non-medical personnel to form the medical outreach team for the Escuintla area in Guatemala. 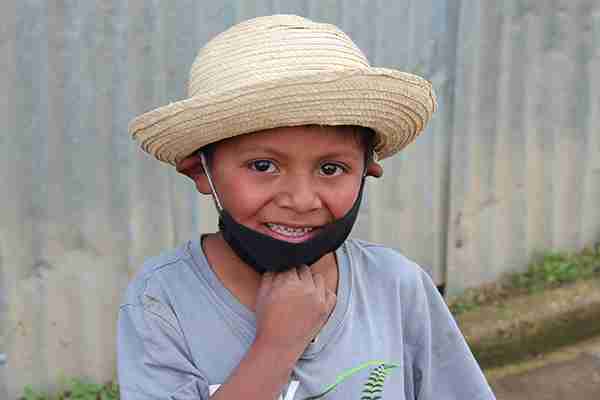 We need medical and non-medical personnel to form the medical outreach team for the Tecpán area in Guatemala. 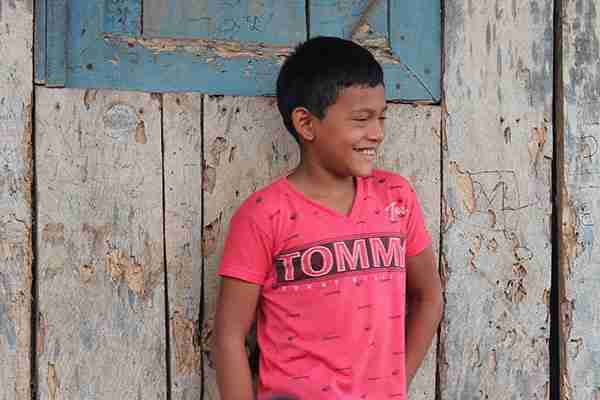 We need medical and non-medical personnel to form the medical outreach team for the Patzún area in Guatemala. 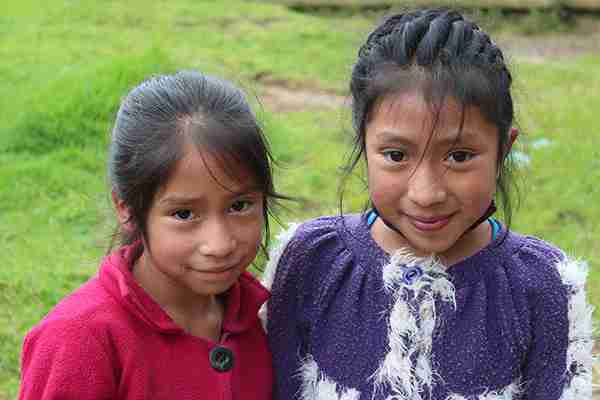 We need medical and non-medical personnel to form the medical outreach team for the Huehuetenango area in Guatemala. 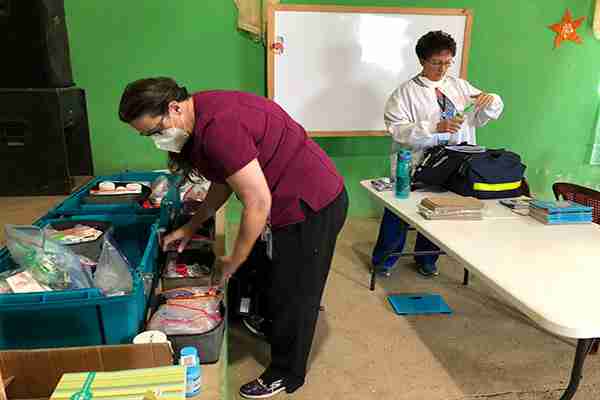 URGENT NEED: Missionaries to support our medical professionals at the clinics. This is a non-medical position. 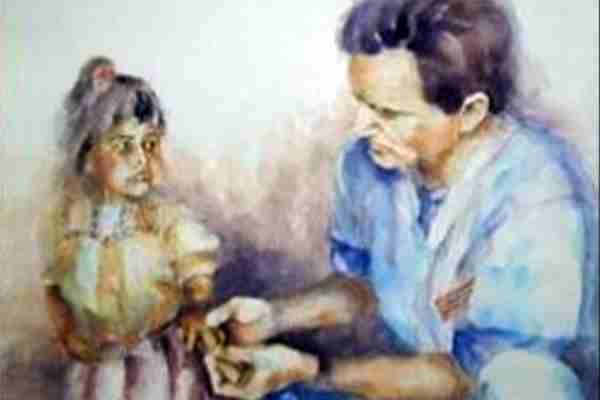 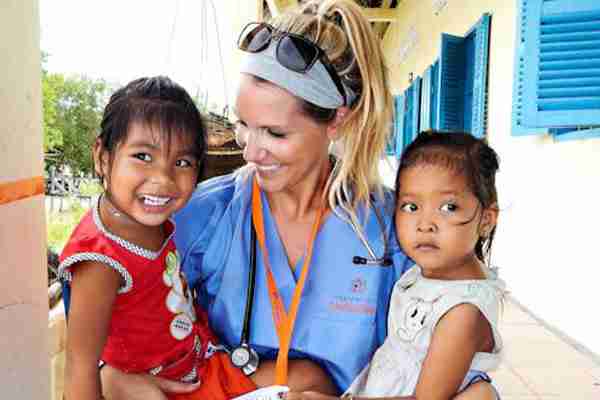 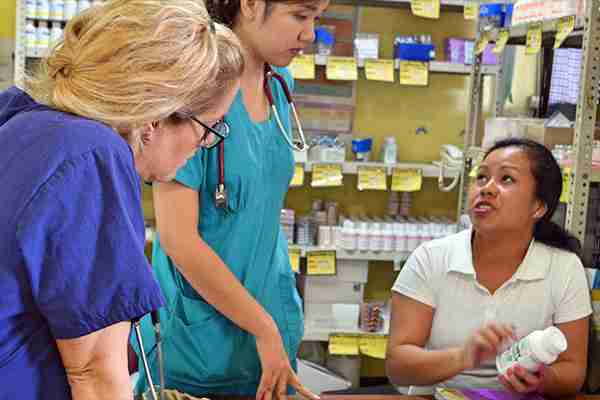 Pharmacist Needed for our Guatemala pharmacy. 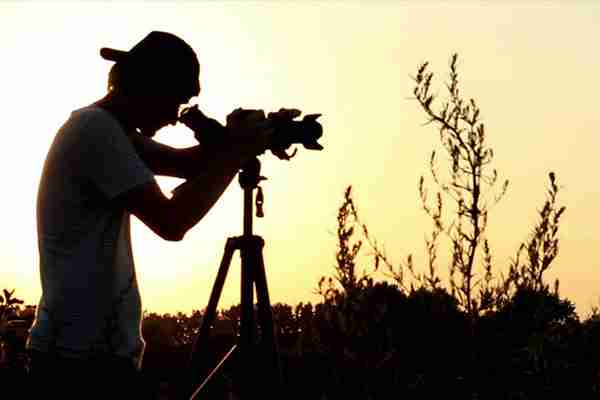 We need a multimedia storyteller to tell our story to the world! 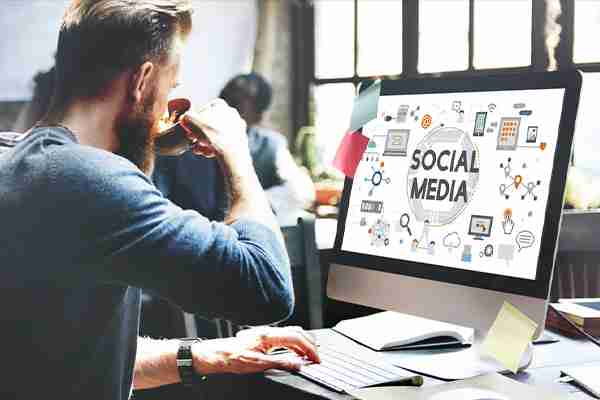 God Said Go needs a social media master to share our stories to the world! 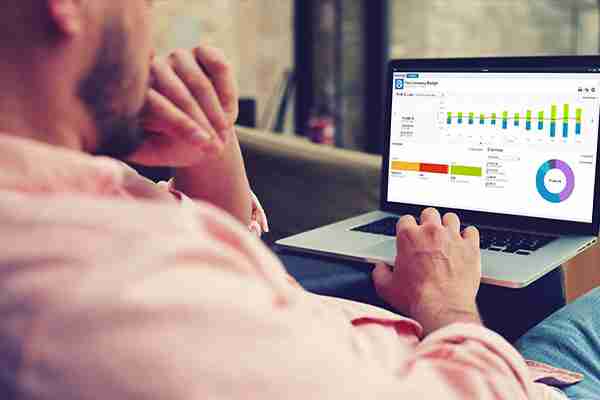 We need an accountant/bookkeeper that works with QuickBooks. 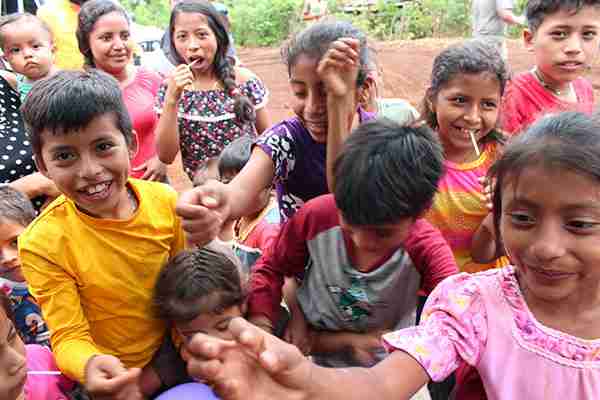 We need a project manager to help manage our programs in Guatemala. 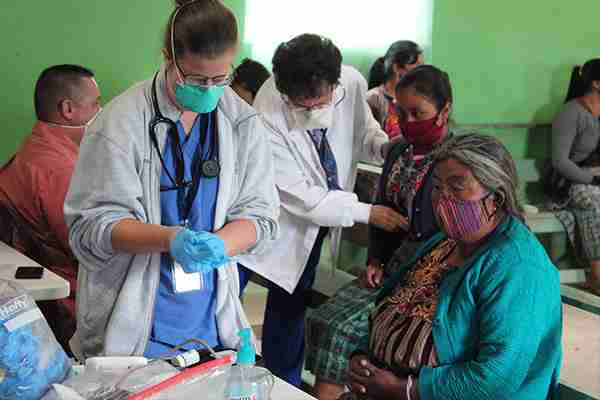 Need a missionary to coordinate and host our short-term teams in Guatemala. 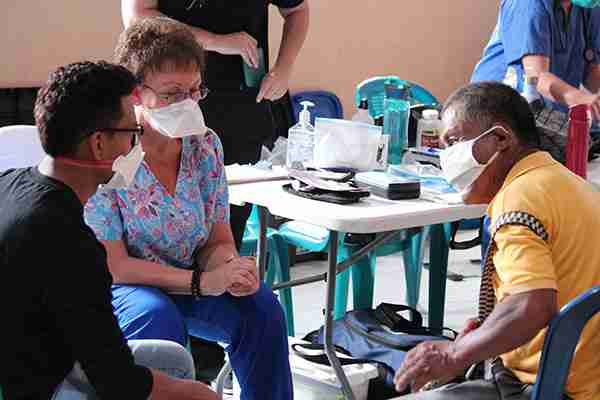 Missionaries that can translate Latin American Spanish/English during clinics for our medical staff and short-term mission teams. 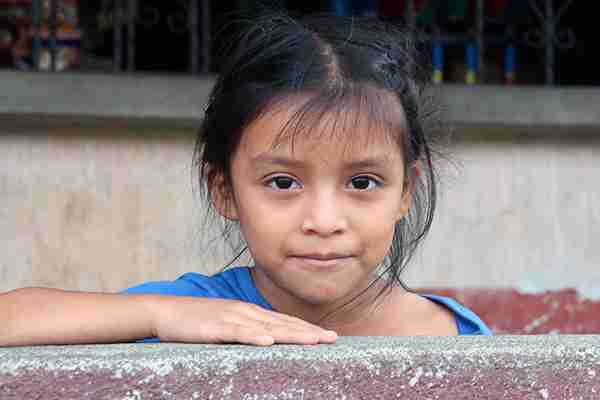 We are need of Development Volunteers throughout the United States. 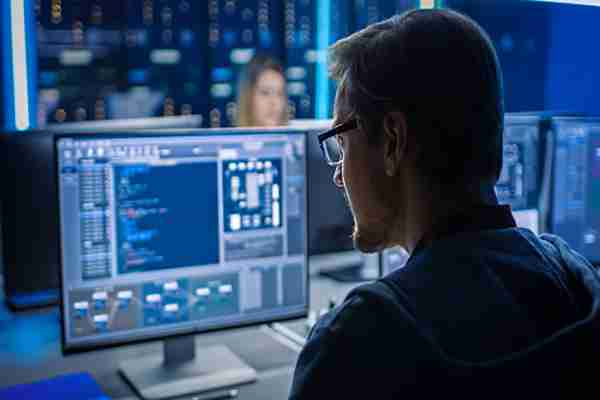 GSG is in need of a computer engineer for a design, build and implementation project for a electronic medical records system.

Stories of hope, news from the field and updates on our shared efforts
to show God’s love to children growing up in extreme generational poverty.
All delivered to your inbox.
subscribe now

Hope is the seed of all good things, the starting place of dreams coming true. Give the gift of hope today to a child dreaming of a better future.

Donate today
We use cookies on our website to give you the most relevant experience by remembering your preferences and repeat visits. By clicking “Accept”, you consent to the use of ALL the cookies.
.
Cookie SettingsAccept
Manage consent

This website uses cookies to improve your experience while you navigate through the website. Out of these, the cookies that are categorized as necessary are stored on your browser as they are essential for the working of basic functionalities of the website. We also use third-party cookies that help us analyze and understand how you use this website. These cookies will be stored in your browser only with your consent. You also have the option to opt-out of these cookies. But opting out of some of these cookies may affect your browsing experience.
Necessary Always Enabled
Necessary cookies are absolutely essential for the website to function properly. These cookies ensure basic functionalities and security features of the website, anonymously.
Functional
Functional cookies help to perform certain functionalities like sharing the content of the website on social media platforms, collect feedbacks, and other third-party features.
Performance
Performance cookies are used to understand and analyze the key performance indexes of the website which helps in delivering a better user experience for the visitors.
Analytics
Analytical cookies are used to understand how visitors interact with the website. These cookies help provide information on metrics the number of visitors, bounce rate, traffic source, etc.
Advertisement
Advertisement cookies are used to provide visitors with relevant ads and marketing campaigns. These cookies track visitors across websites and collect information to provide customized ads.
Others
Other uncategorized cookies are those that are being analyzed and have not been classified into a category as yet.
SAVE & ACCEPT
Powered by